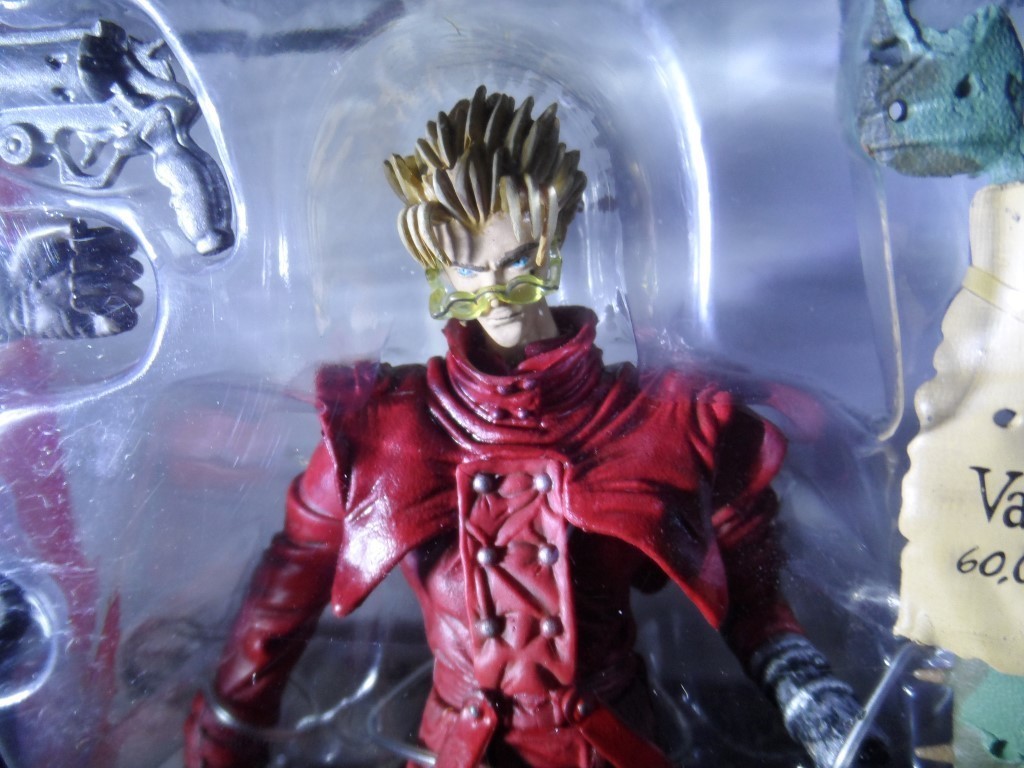 Vash the Stampede: His past is a mystery. Unbelievable rumors about him sweep through people as if a wind passes. He changed one of the Seven Cities into a mountain of rubbles, made a big hole on the Fifth Moon, and some say he was directly involved in the Big Fall, the crash of the spaceships, over a hundred years ago.