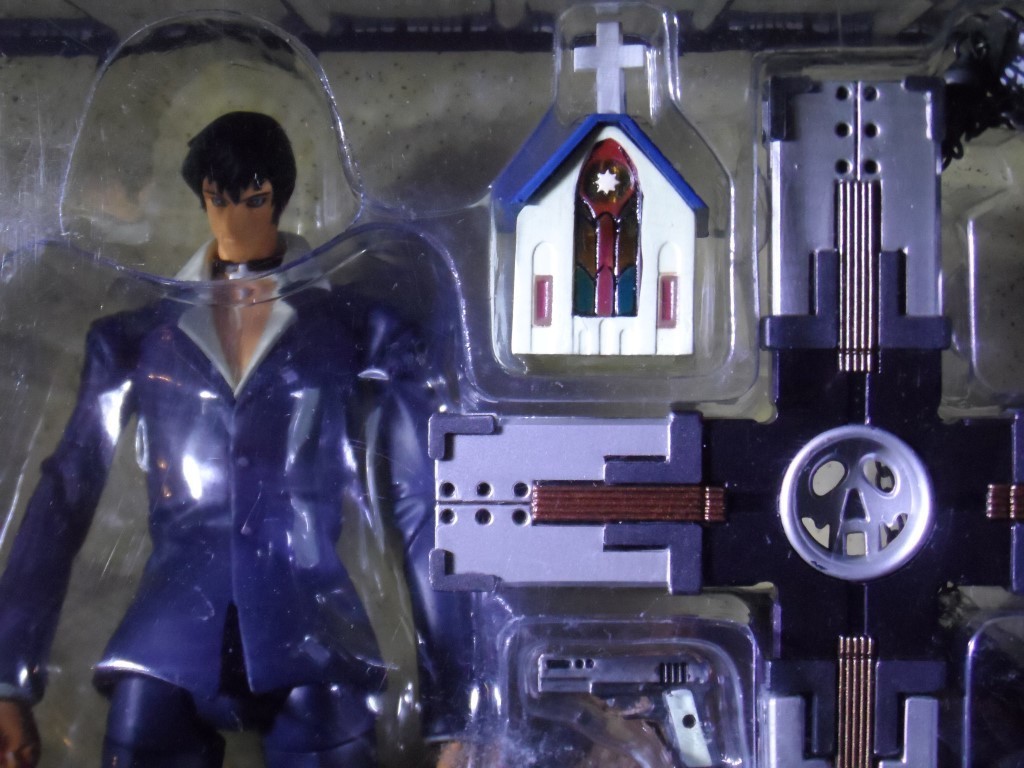 Nicholas D. Wolfwood: AKA- Nicholas the Punisher, is a major character in both the Trigun anime, and the Trigun manga created by Yasuhiro Nightow. He is a priest; however, he spent the greater part of his life training to be an assassin under a priest he looked up to. He hardly ever feels any remorse for killing, especially when it's to protect the innocent. He and Vash have some minor disagreements on this matter, which is somewhat ironic due to their occupations as gunfighters. He frequently shows his frustration at an inability to live up to Vash’s non-killing lifestyle, demonstrating the guilt he has for taking others’ lives, even while doing it for good purposes. He particularly looks out for kids, making sure that none ever suffer like he did, and his primary objective has always been to make money for his orphanage.