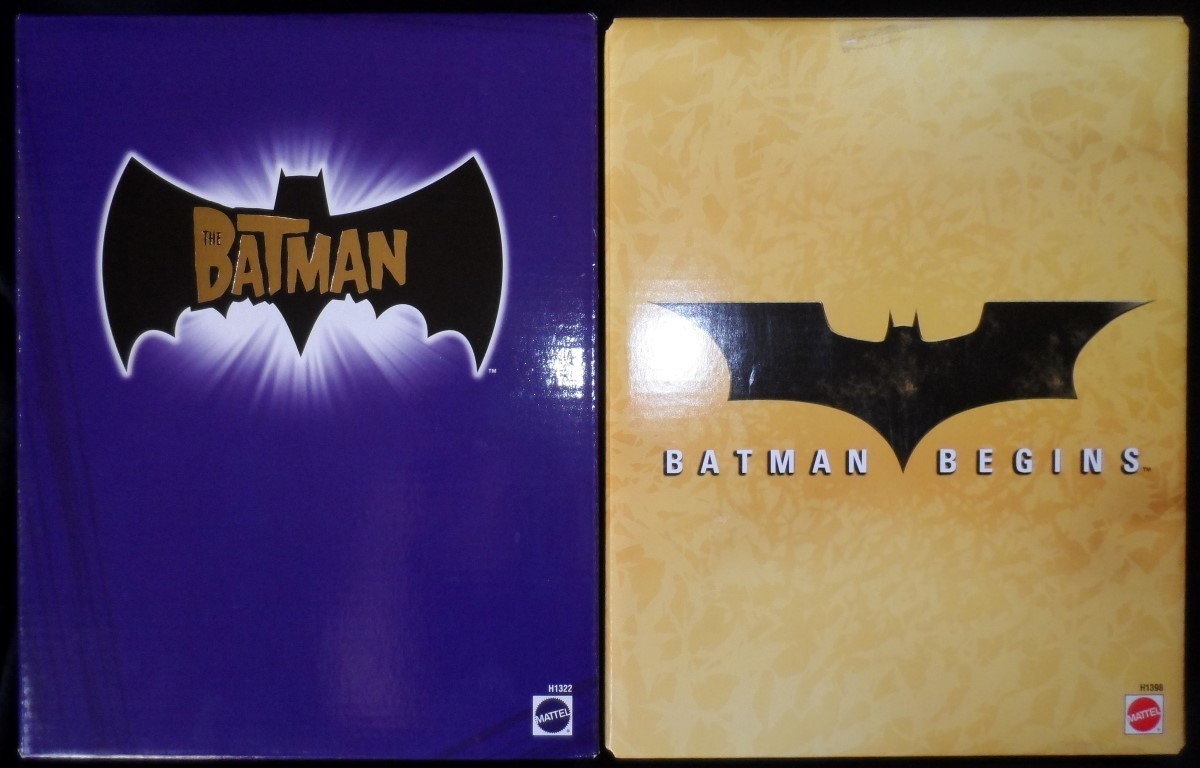 Mattel unveiled this Catwoman collector figure from "The Batman" for San Diego Comic Con. Catwoman is in a bank vault surrounded by infra-red beams, whip handy, and she's stealing an idol! But what idol is she stealing? Her personal favorite, jade, or is it black with piercing red eyes? Or, could it be the rare Golden Lion?! There's only one way to find out, pick up this great collector’s set!

From the hit WB cartoon, “The Batman”, comes this fantastic SDCC 2005 Exclusive Catwoman figure. This approximately 5-inch figure has 10 points of articulation, and is equipped with personalized weapons and accessories. Still sealed in the outer box, never removed, figure is still mint in the box.

Inspired by the motion picture, "Batman Begins," this special Batman action figure captures a "pre-suit" Bruce Wayne as he prepares to don the legendary Dark Knight gear. Batman utilizes a Kevlar utility harness, a NOMEX survival suit for advanced infantry and a gas powered magnetic grapnel, among other gear. Peer through the lens of a cowl-shaped front window or a bat-shaped moon roof to see the accessories that come with this figure. If you're lucky, you might secure a chaser figure of Bruce Wayne in the suit. This limited figure is still sealed in the factory outer box, one of the three sealing sticker had ripped. Mint in Box.