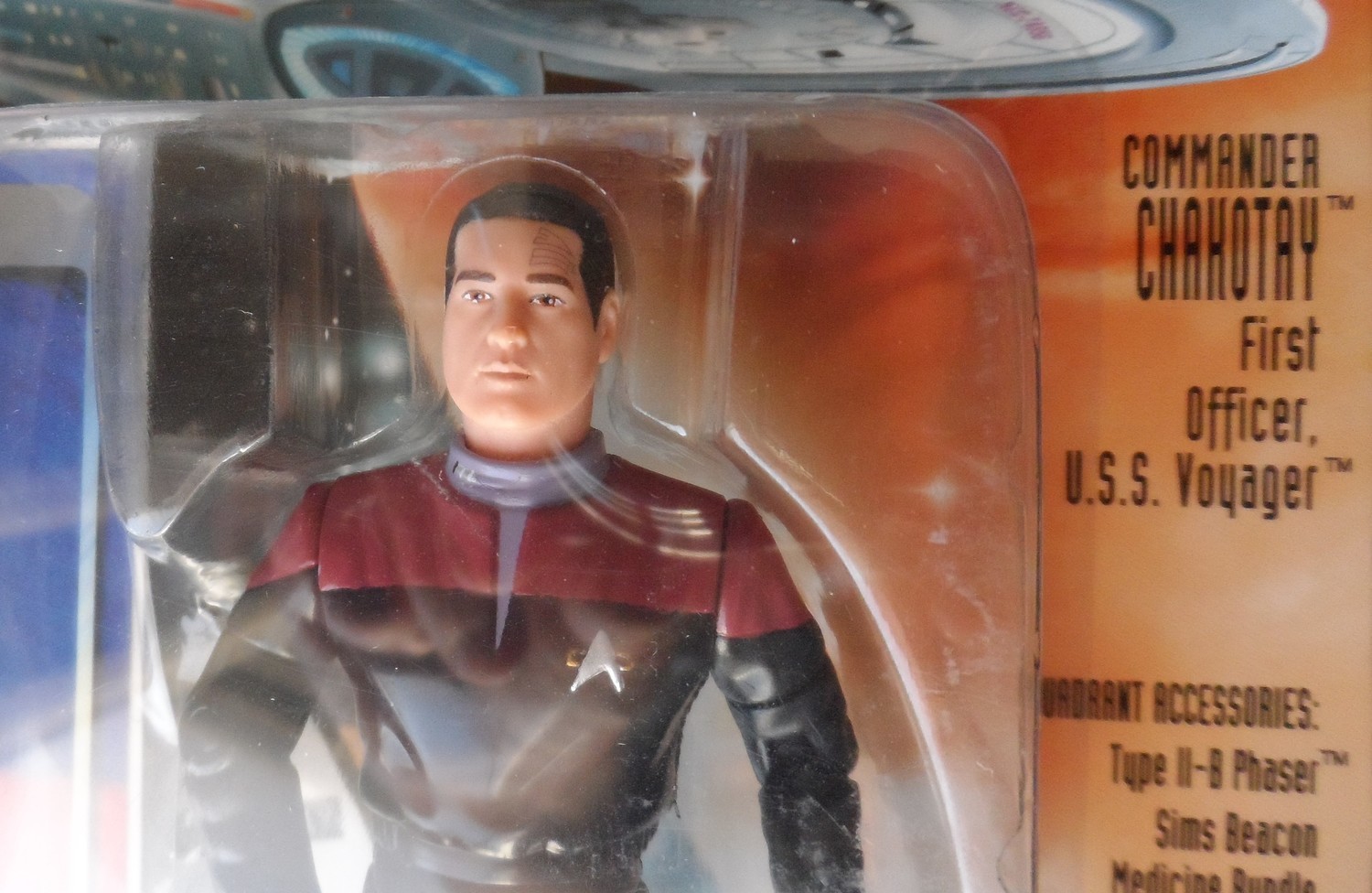 Commander in his original Star Fleet uniform, this 5" figure includes quite a few accessories and gear. The First Officer of the U.S.S. Voyager. Manufactured by Playmate Toys in 1995/96. Slight shelf wear to the card, plastic is intact, & the figure is still mint in the package. While Starfleet is trying to capture him in the Badlands, he and his Maquis crew are pulled into the Delta Quadrant by the Caretaker's array and are forced to merge with the crew of Voyager during its 70-year journey home. Before serving as Voyager‍  's first officer, he had resigned from Starfleet after years of service to join the Maquis to defend his home colony against the Cardassians.