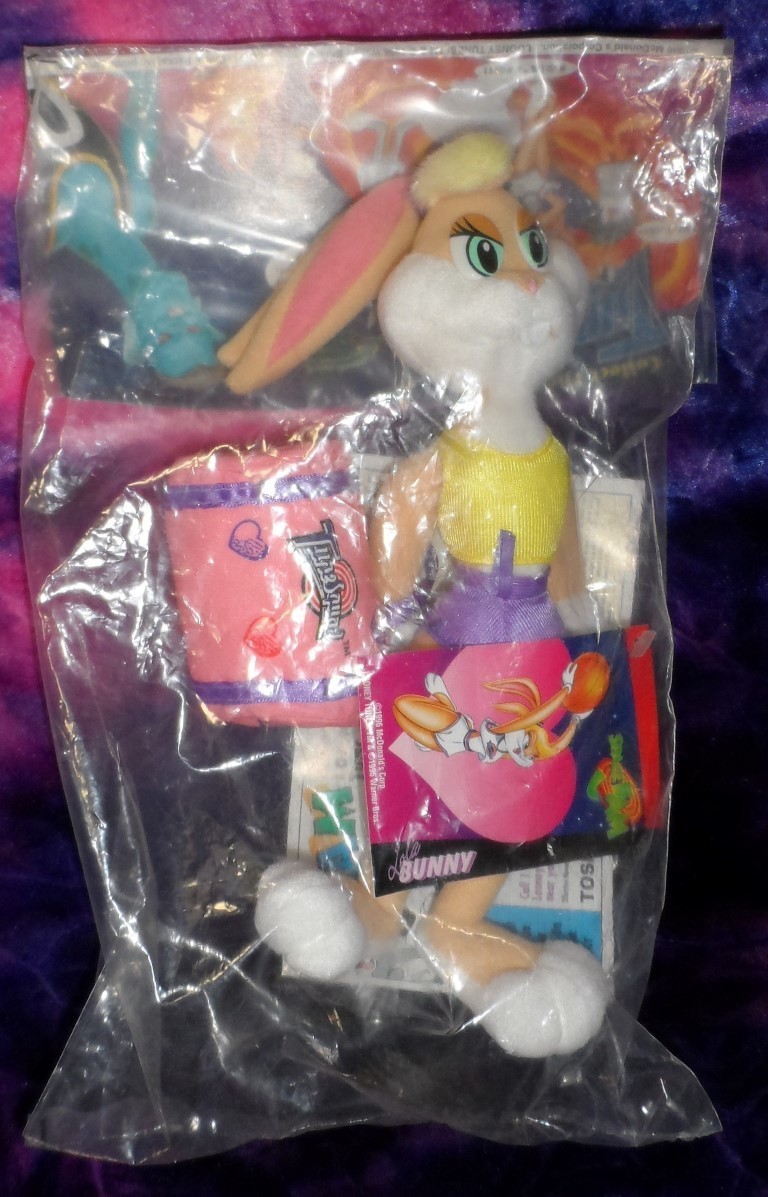 This 9" plush toy was released in 1996 for the promotion of the film "SPACE JAM" by Warner Bros. & McDonald's. Still sealed in the original bag, with all accessories.

History of the character:

Lola Bunny first appeared in the 1996 film Space Jam. She is shown with tan fur, blonde bangs, and wears a yellow tank-top, purple shorts and a matching purple rubber band on both ears like a ponytail. She has aqua colored eyes. Lola is voiced by Kath Soucie in the film.

Lola's basketball skills get her a spot on the Tune Squad, in which the Looney Tunes characters battle the villainous Monstars for their freedom, with help from Michael Jordan. She is the second best player on the Tune Squad team, the first being Jordan himself.