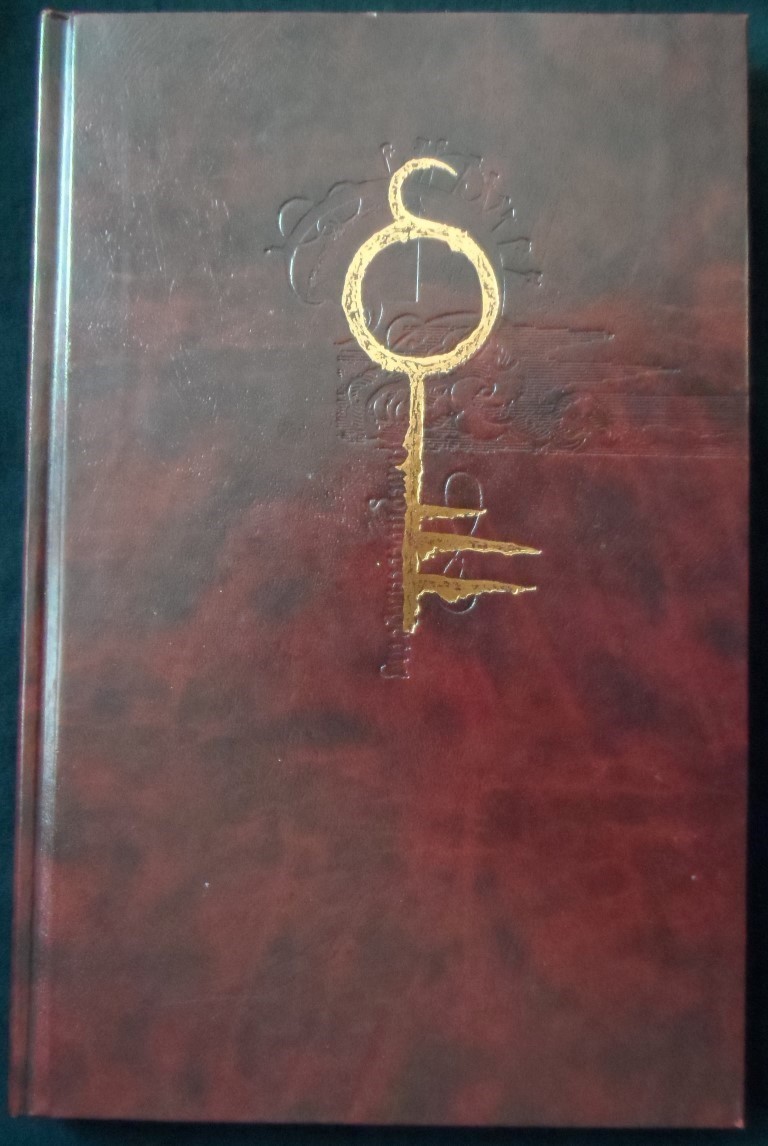 This First Edition Graphic Novel by DC/Vertigo was published in 1992, collecting issues 21-28 of the Sandman Series. Written by Neil Gaiman, illustrated by several amazing artist. This leather bound book, with the Key to Hell embossed in gold on the cover, has some shelf wear, nice clean pages, and is in good shape. A unique book to add to or start your Sandman Collection.

Description: Ten thousand years after banishing to Hell a woman who scorned him, Morpheus, the King of Dreams, has decided to free his former lover. But when the Sandman arrives in the realm of eternal damnation, Lucifer, the first fallen angel, notifies him that he is closing down Hell and he wants Morpheus to have the keys. Now in charge of the gates of Hell, the King of Dreams is bombarded with requests for possession of the empty kingdom by Norse gods, homeless demons, Egyptian deities, Faerie ambassadors, the lords of Chaos and Order, and Japanese divinities. Realizing too late that Lucifer's gift was a veiled curse, Morpheus is forced to make a decision that will affect every plane of existence as well as the universal balance of power.