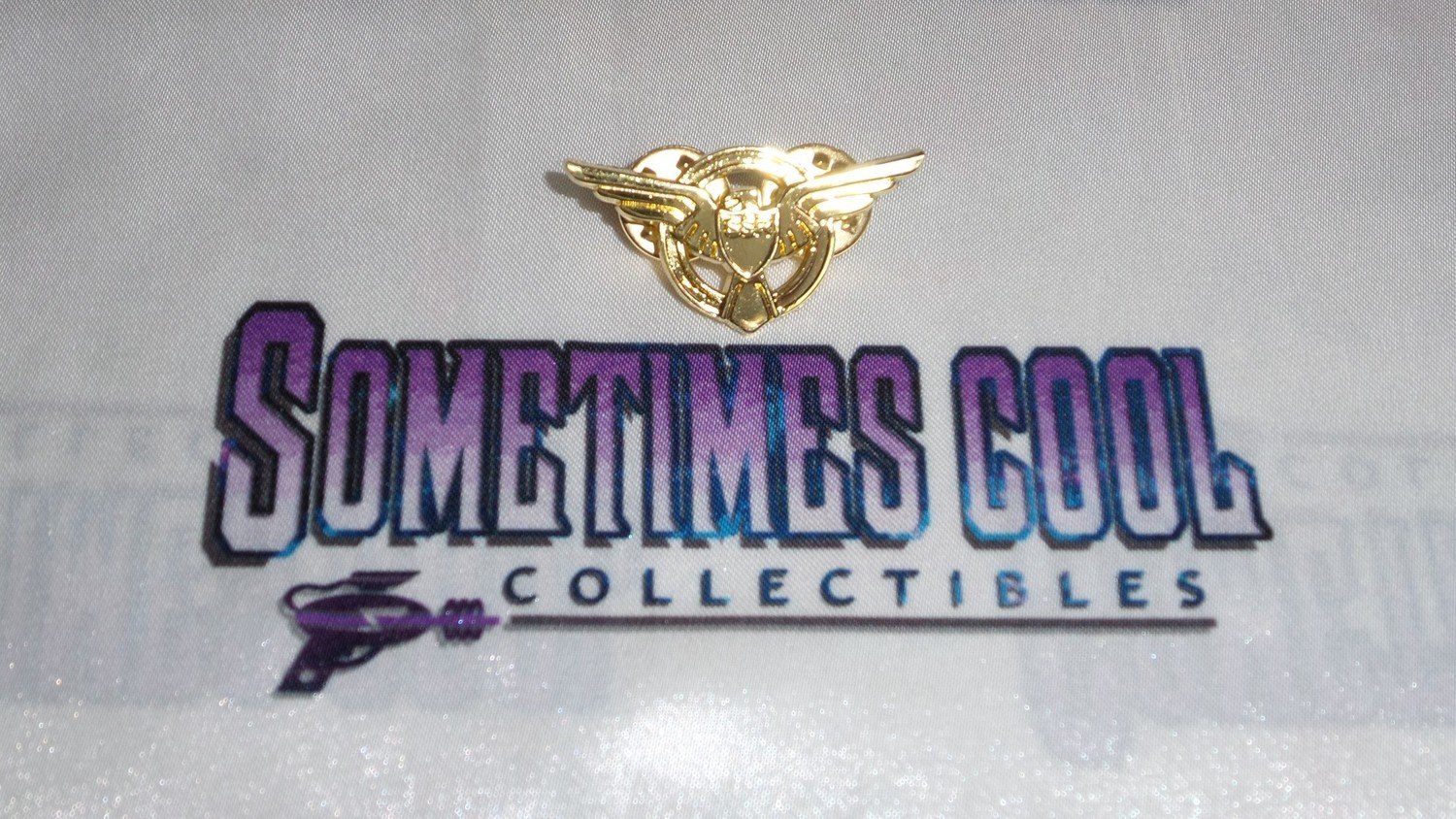 This small gold-tone metal pin represent one powerful agency, the Strategic Scientific Reserve (S.S.R.), was a top-secret Allied War Agency, formed in 1940 to battle HYDRA. Later they were absorbed by S.H.I.E.L.D.