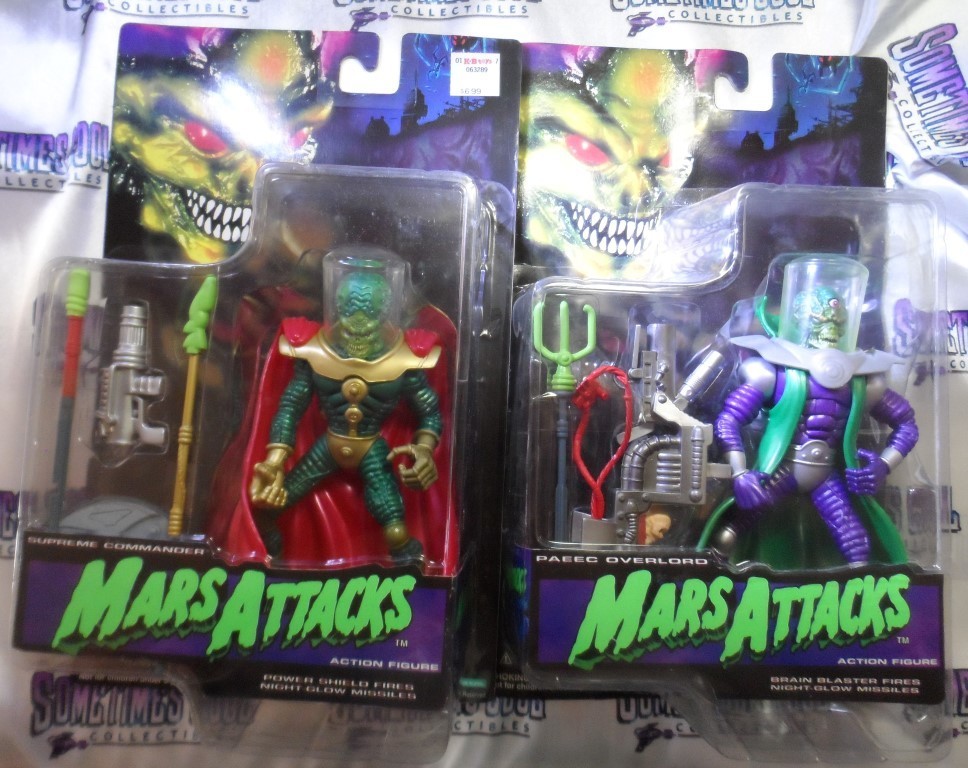 Trendmaster's 1996 action figures, released in conjunction with the Tim Burton Film and inspired by the Trading Cards look the aliens.

Both figures are still mint on the card, look amazing, greatly detailed sculpts.

The packaging show some damage and wear, the Paeec Overlord card is warped, but the bubble is still intact and figure is mint.