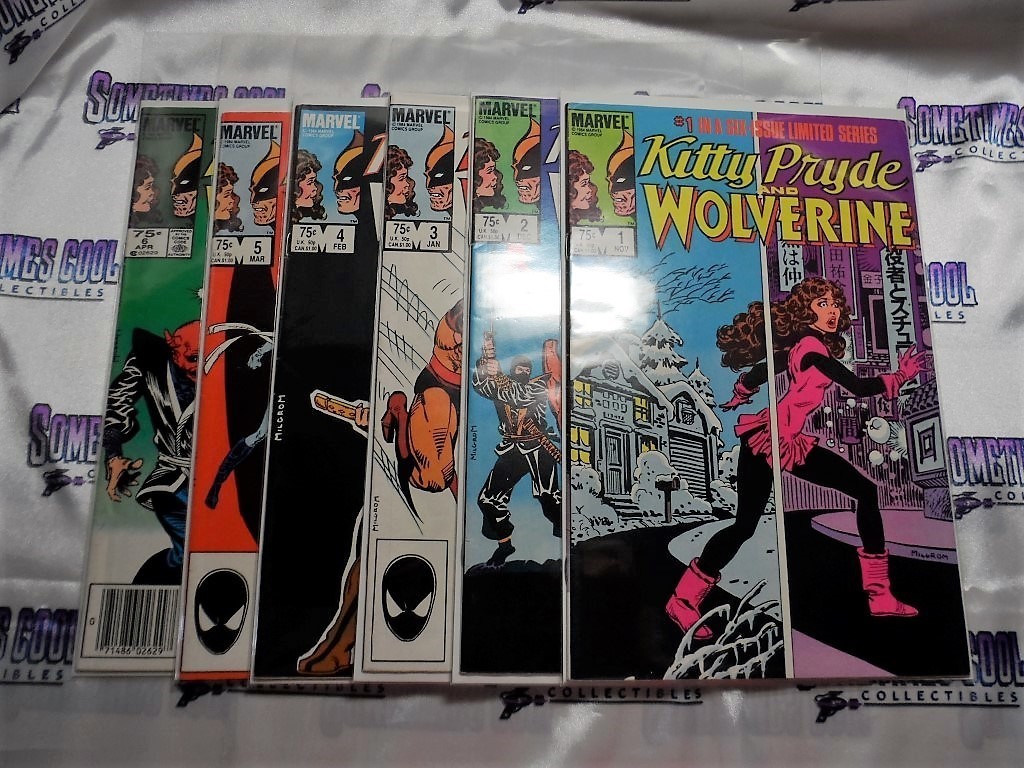 Kitty Pryde's father Carmen has run into trouble with the Japanese Yakuza. In order to help him, Kitty follows him on a business trip but is captured by mob boss Shigematsu and the evil ninja Ojun, who brainwashes her into becoming a deadly ninja assassin. After she single-handedly slices up a group of ninjas, he orders her to kill Wolverine.

This Set of SIX ISSUES are considered to be reading copies. They are in VERY GOOD to GOOD Condition. Check out the photos for details.