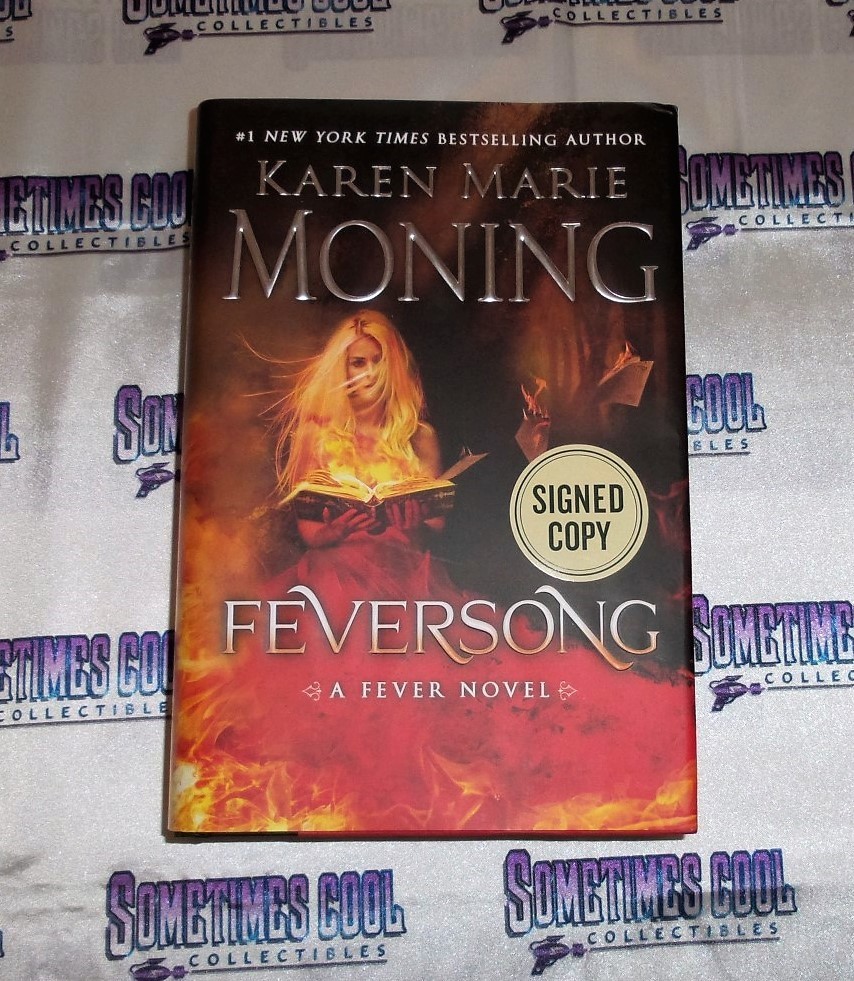 This is the ninth book in her popular Fever Series. It is a signed first edition from the Barnes & Noble pre-order signed editions. Released in January 2017. In new/unread condition, some shipping wear on the dust jacket. See Photos for details.

#1 New York Times bestselling author Karen Marie Moning returns with the epic conclusion to her pulse-pounding Fever series, where a world thrown into chaos grows more treacherous at every turn.

As Mac, Barrons, Ryodan, and Jada struggle to restore control, enemies become allies, right and wrong cease to exist, and the lines between life and death, lust and love, disappear completely. Black holes loom menacingly over Dublin, threatening to destroy the earth, yet the greatest danger is the one MacKayla Lane has unleashed from within: The Sinsar Dubh—a sentient book of unthinkable evil—has possessed her body and will stop at nothing in its insatiable quest for power.

The fate of Man and Fae rests on destroying the book and recovering the long-lost Song of Making, the sole magic that can repair the fragile fabric of the earth. But to achieve these aims, sidhe-seers, the Nine, Seelie, and Unseelie must form unlikely alliances and make heart-wrenching choices. For Barrons and Jada, this means finding the Seelie queen, who alone can wield the mysterious song, negotiating with a lethal Unseelie prince hell-bent on ruling the Fae courts, and figuring out how to destroy the Sinsar Dubh while keeping Mac alive.

This time, there’s no gain without sacrifice, no pursuit without risk, no victory without irrevocable loss. In the battle for Mac’s soul, every decision exacts a tremendous price.

From the Hardcover edition.