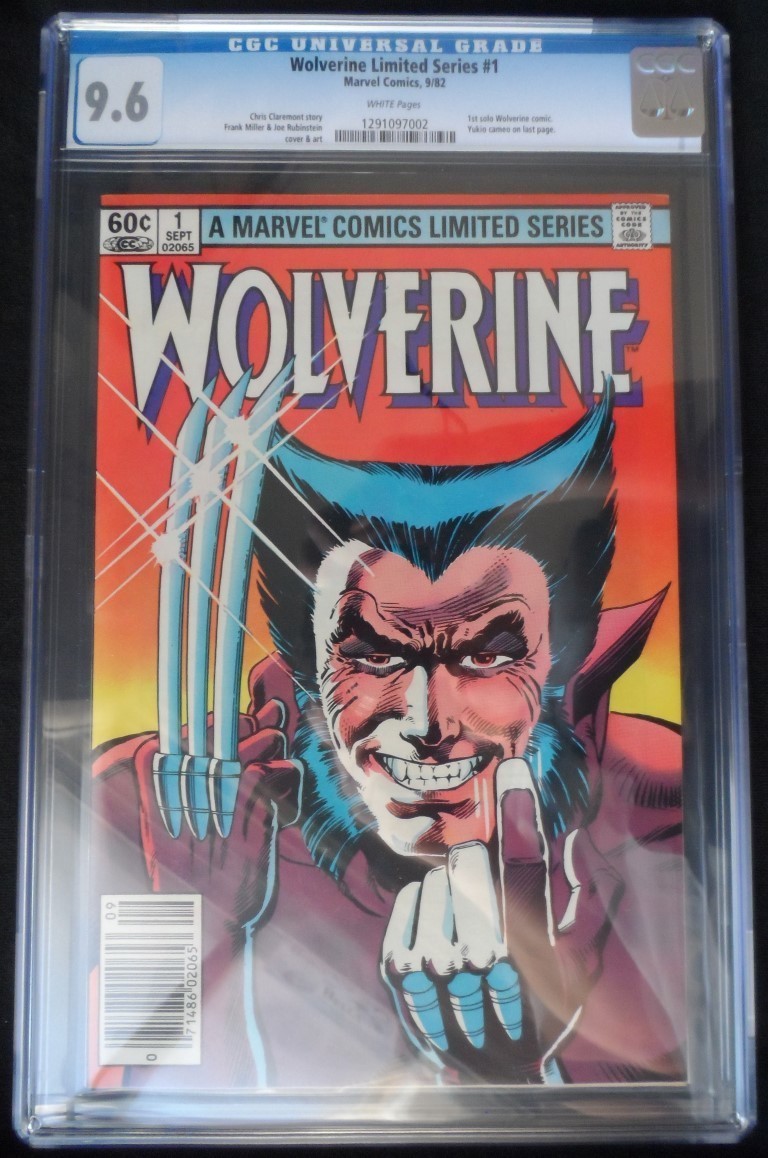 This is a CGC rated 9.6 NM edition of the classic 1982 Wolverine Series. Written by X-Men Legend Chris Claremont, Pencilled by the Prolific Artist Frank Miller, inked by the Talented Joe Rubinstein, and colored the Great Glynis Wein. This classic comic is the first issue of Wolverine's first Solo Limited Series of four. A key issue for any comic collector! Encased, Graded, and ready to be add to your collection!

Summary of Wolverine #1 : He's the best there is at what he does. But what he does isn't very nice. See Wolverine do lots of not-nice things, like fighting a bear in the Canadian Rockies! Sword-fighting with one of his greatest foes, Lord Shingen! And fighting for the honor of his lady love, Mariko Yashida, against...her husband!