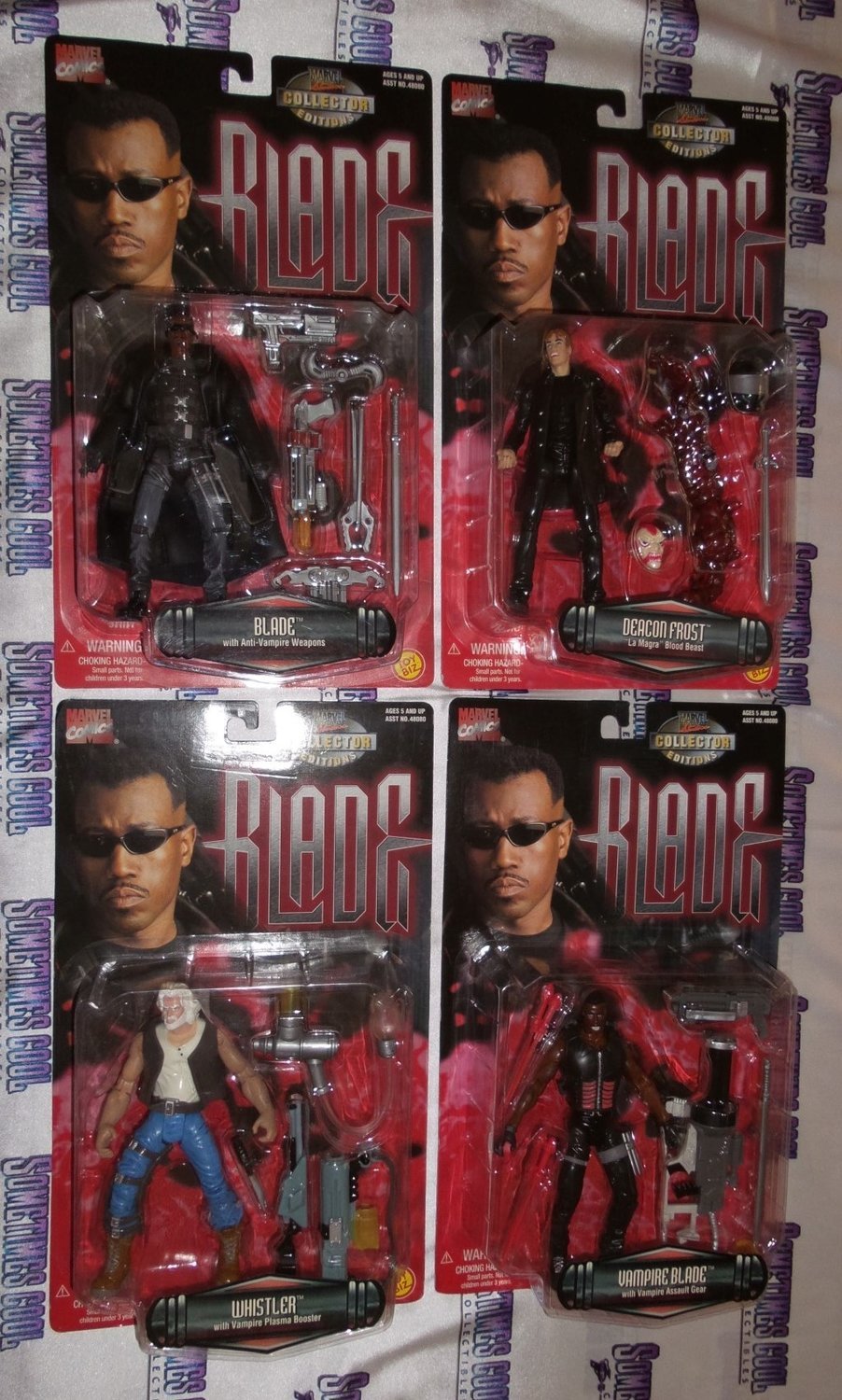 The figures is still mint in the package, though the card does have some shelf & storage wear to it. The bubbles is still intact and clear, corners and edges of the cards do have some wear. See the Photos for better details. One GREAT set of figures, at ONE LOW price!