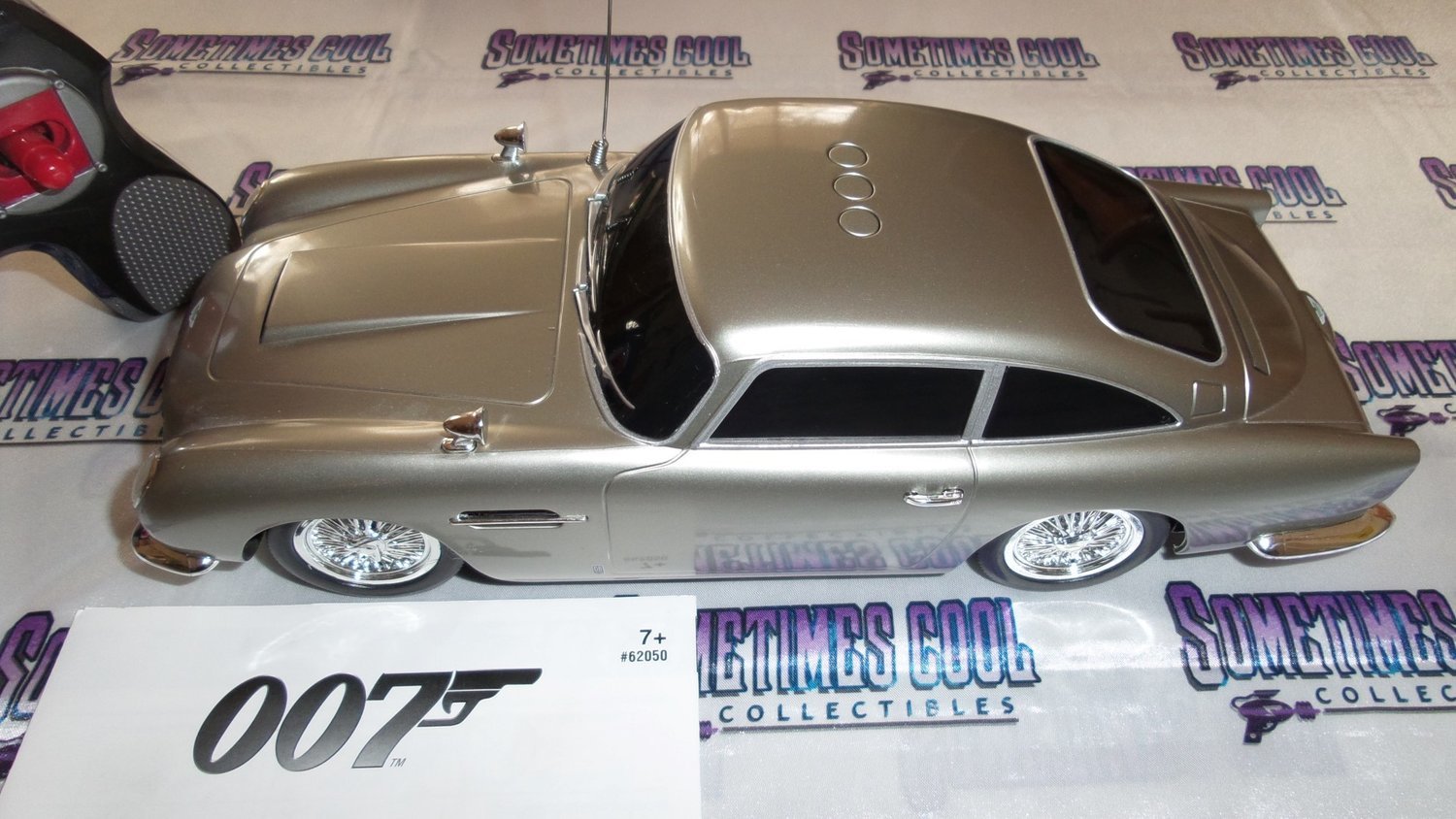 This great piece is out of the box, but in working order with clean battery compartments. It is fully functional.

The car plays the James Bond Theme Song, has Machine Guns in the front, & a Bulletproof Shield in the rear.

Featuring lights and sounds fun in the classic Aston Martin designs that have had James Bond driving in style for 50 years! Backlit rear window bullet holes kick-start an exciting chase sequence, as Bond pulls away with motorized driving action before unleashing a dramatic spinout feature and returning fire with his light-up hidden weapons! His mission complete, the iconic James Bond Theme plays as 007 drives off to tackle his next mission. Vehicles are approximately 13'' in size.

James Bond, code name "007", British Secret Service. Licensed to kill. 2012 marks the 50th anniversary of the release of the first James Bond movie, "Dr. No". It also marks the release of the 23rd movie in the franchise, "Skyfall". The 50 years of James Bond have brought to life some of the most recognizable cars in the world. Cars that exemplify the pinnacle of automotive luxury and the zenith of secret agent stealth and technology. To commemorate this anniversary Toy State, the industry leading maker of action packed lights and sounds cars, is introducing a line of the iconic James Bond 007 automobiles. Cars that faithfully recreate those seen in the movies. These cars feature special lights, hidden, pop-up weapons, dramatic motorized actions and, of course, the iconic James Bond theme music. With the Q-Branch Aston Martin DB5 from Goldfinger, press the flush-mounted buttons to activate a dramatic chase scene right from the movie. Backlit rear window bullet holes kick start an exciting chase scene sequence as Bond pulls away, executes a dramatic spin out and returns fire with his light-up hidden machine guns in the front grille. The DB5 has dramatic lights, realistic sounds and the iconic James Bond theme music. For ages 7 years and above.